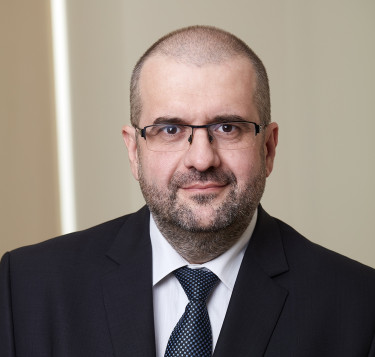 František Krček (48) graduated from the Faculty of Mechanical Engineering of the Brno University of Technology in the field of Thermal and Nuclear Power Machines and Equipment. After completing his studies, he joined ČEZ in 1996 for the Temelín Nuclear Power Plant being built. He started his career in the Department of Primary Circuit Equipment Management, where he participated in the construction and commissioning of the power plant. After the commissioning, he worked in the Department of Outage Coordination and Management. In 2008, after ŠKODA JS a.s. won a tender for the general contractor of the primary circuit equipment maintenance for Czech nuclear power plants, he started to work in ŠKODA JS a.s. as a site manager at the Temelín power plant. In 2013 he became director of the NPP Service Division and in 2018 he became a member of the Board of Directors. František Krček is married and has two children.

“I take up the position of General Director at a time when the company has had another successful year in terms of both economic results and executed projects,” says F. Krček. “We carry on with our strategy of providing services in all three main areas of our company business, i.e. Engineering - Production – Service”.

“At the same time, it is necessary to state that ŠKODA JS is now at a crossroads (and so are other Czech companies in the field of nuclear energy), when it has to decide which direction to go,” he says. “The ideal scenario would be to aim to the implementation of projects related to the construction of a new nuclear source in the Czech Republic, after the completion of the Mochovce NPP. Thus it would be possible to keep the existing team working on Mochovce and to use its unique know-how gained during construction under current legislation, technology, etc. Otherwise, if there is no clear and final decision in 2020 regarding the construction of a new nuclear source in the Czech Republic, there will be a risk of continuity interruption and the associated troubles arising from the departure of today's top professionals outside the industry.”

The previous General Director Vladimír Poklop has previously asked to be released from office. Both the Supervisory Board and the Board of Directors highly appreciated his work and expressed their thanks. 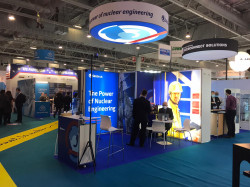 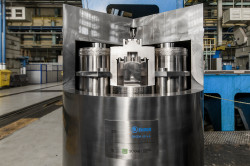 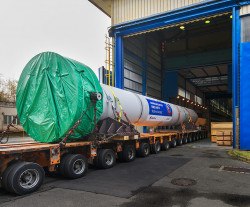