We are engaged in long-term cooperation with the research organization Research Center Řež (RCR), for whom we have developed several unique instruments for material testing in specific conditions. These projects are tailored to the needs of RCR’s research projects. We delivered our latest joint project – the Hydrogen Steam Autoclave – to RCR at the end of last year. The system allows the testing of material samples in an environment of superheated water steam containing hydrogen, the so-called hydrogen/steam mixture.

Testing Sample in the Autoclave Chamber

The input part of the instrument consists of a demineralized water tank, a pump, and a source of Varigon, argon gas with an addition of hydrogen. A mixture of the two components flows through a mass flow meter into the steam generator, which creates the gas mixture for the heart of the instrument – the autoclave chamber.

The chamber is hermetically sealed with a special metal gasket and contains a sample of the testing material exposed to the steam-hydrogen mixture and temperatures of up to 450° C. Such an environment changes the properties of materials, which can be further tested and explored. One of the explored phenomena are hydrogen-initiated cracks (HIC). 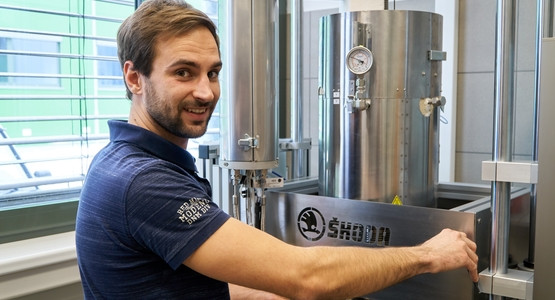 “Participating in special development for nuclear power engineering is a unique experience. I am convinced we have done a good job with the autoclave; this has been confirmed by the initial response from the customer – the Research Center Řež,” says Miloš Mundil, who created the concept and design documentation of the new autoclave system along with Tomáš Trojan and Jaroslav Matoušek.

“Our system is designed as an autonomous addition to the standard material testing equipment. We managed to implement the entire project in close collaboration with RCR from development to delivery in less than 9 months,” Mundil adds. Several colleagues, especially from the Engineering and I&C divisions, assisted in the development of the instrument.

The Hydrogen Steam Autoclave has multiple uses in practice, for example, in LOCA tests (Loss of Coolant Accident), which examine the impact of a hypothetical loss of coolant in the primary circuit of a nuclear power plant on components in the close vicinity. 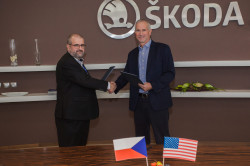 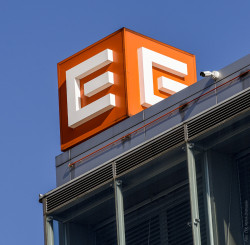 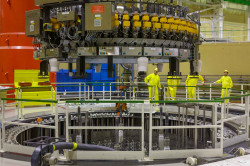